The Island of Elba

Would you like information or book a holiday in our hotels? Make a request

It is the biggest island of the Tuscan Archipelago and it is the largest Italian island (223,52 km square) after Sicily and Sardinia. It is under the Tuscan province of Livorno and is situated in the Tyrrhenian Sea, between Corsica and Tuscany, from which it is about ten kilometres away, and from which is separated by the channel of Piombino.

It has a triangular shape, its perimeter is long 118 kilometres, it is long 27 km and its maximum width is 18 km. The island is mainly constituted by mountains, whose tallest is 1019m high (Monte Capanne). The coast, mainly high and of rocks, is very indented and characterised by a lot of cliffs and wide gulfs, such as Procchio’s, Biodola’s and Portoferraio’s on the northern coast, Campo’s, Lacona’s and Stella’s on the southern side and Mola’s in the eastern coast of the island. 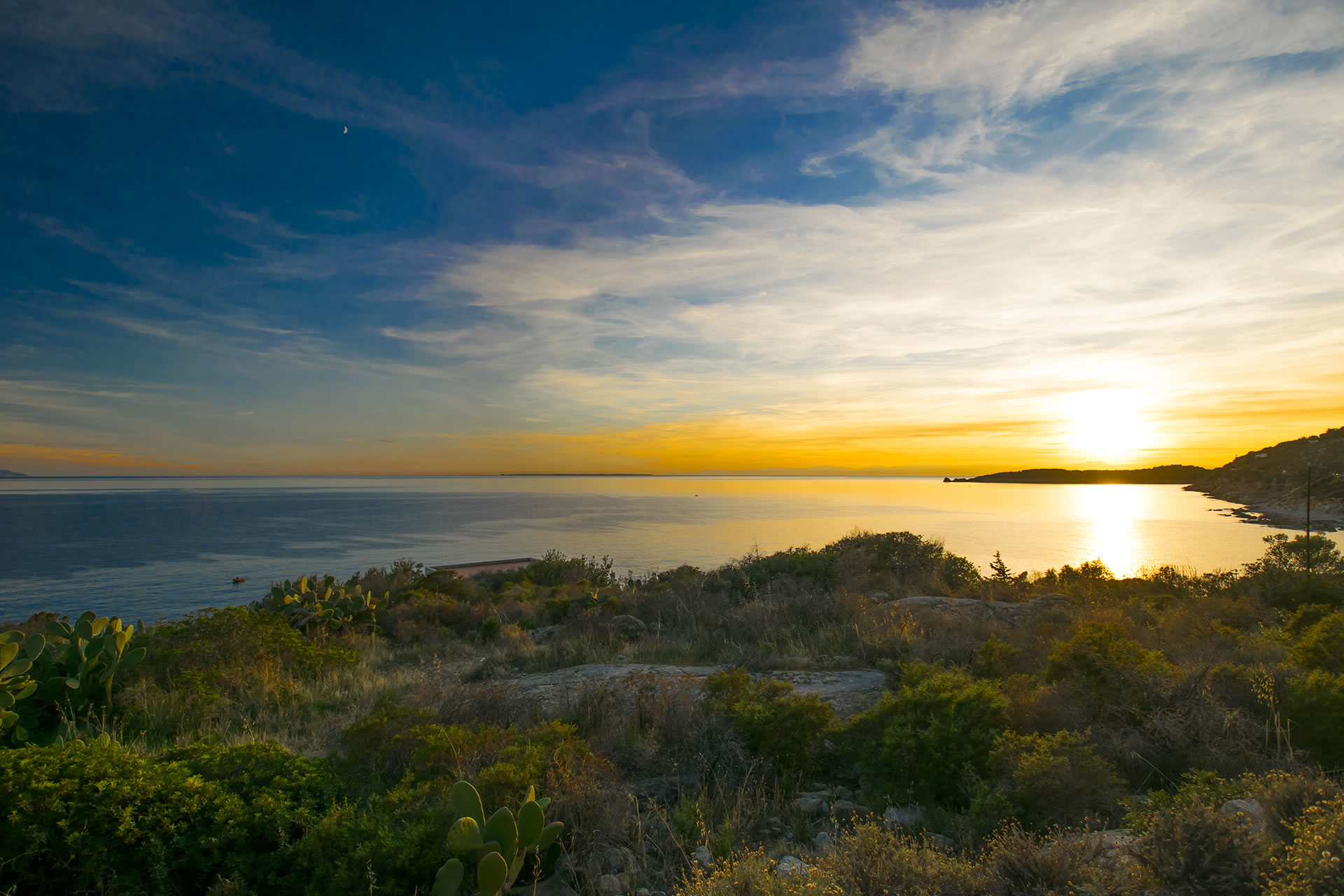 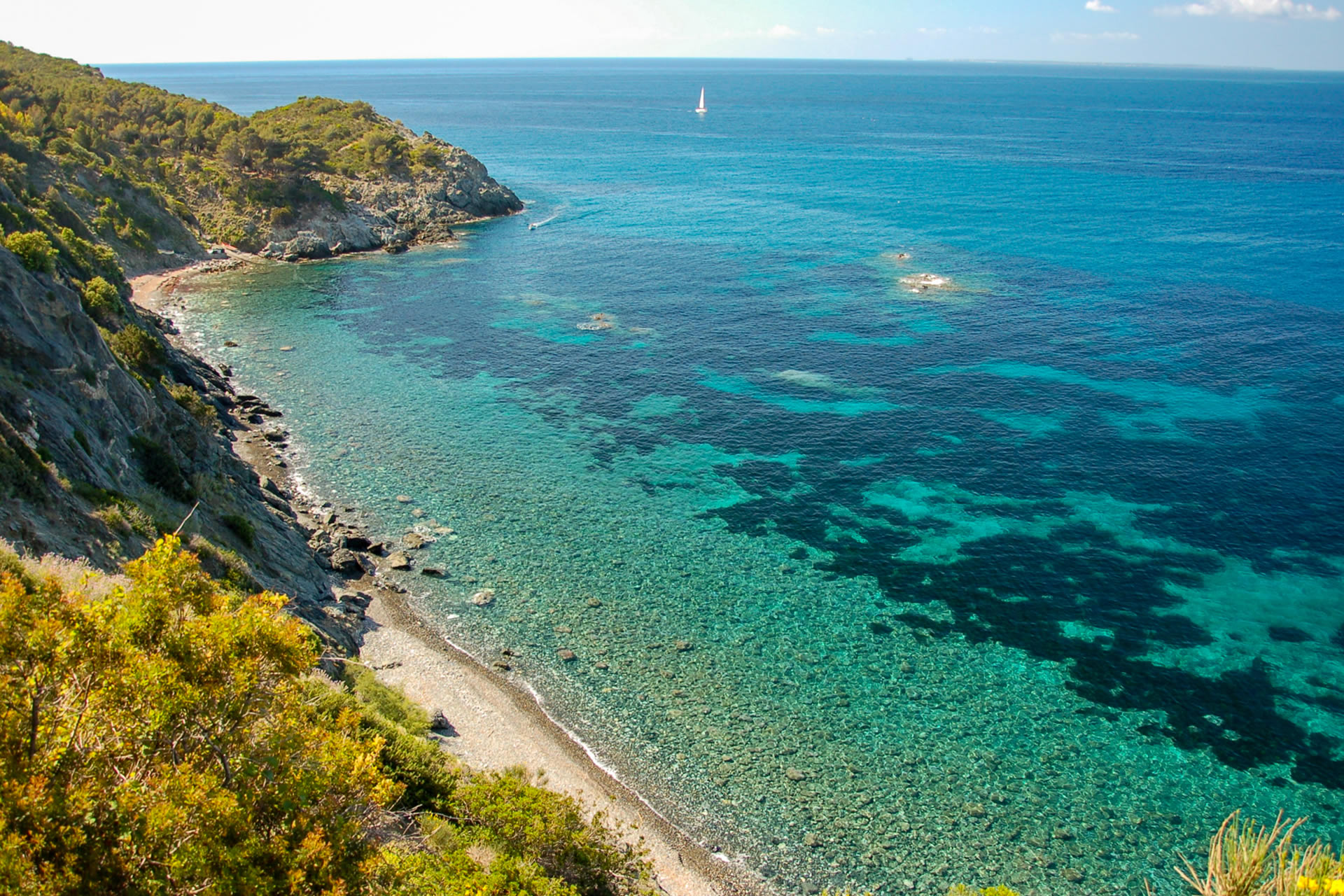 The geological structure of the island is quite complex: the west coast is mainly constituted by the vast granite mass of the mountain Monte Capanne; in the central part of the island the effusive rocks prevail, while in eastern part there are mainly calcareous and arenaceous rocks and mica-schist. The climate is very mild with mild winters and temperate summers.

The population (29.274 inhabitants) is divided into eight communes: Campo nell’Elba, Capoliveri, Marciana, Marciana Marina, Porto Azurro, Portoferraio, Rio nell’Elba e Rio Marina. The principal industry is tourism which is in constant development. For some time the mines in Rio Elba, Calamita and in other small localities situated in the eastern part of the island, have been inactive. The extracted iron used to be exported and fused in factories in Piombino, Conigliano Ligure (Genova) e Bagnoli (Napoli). 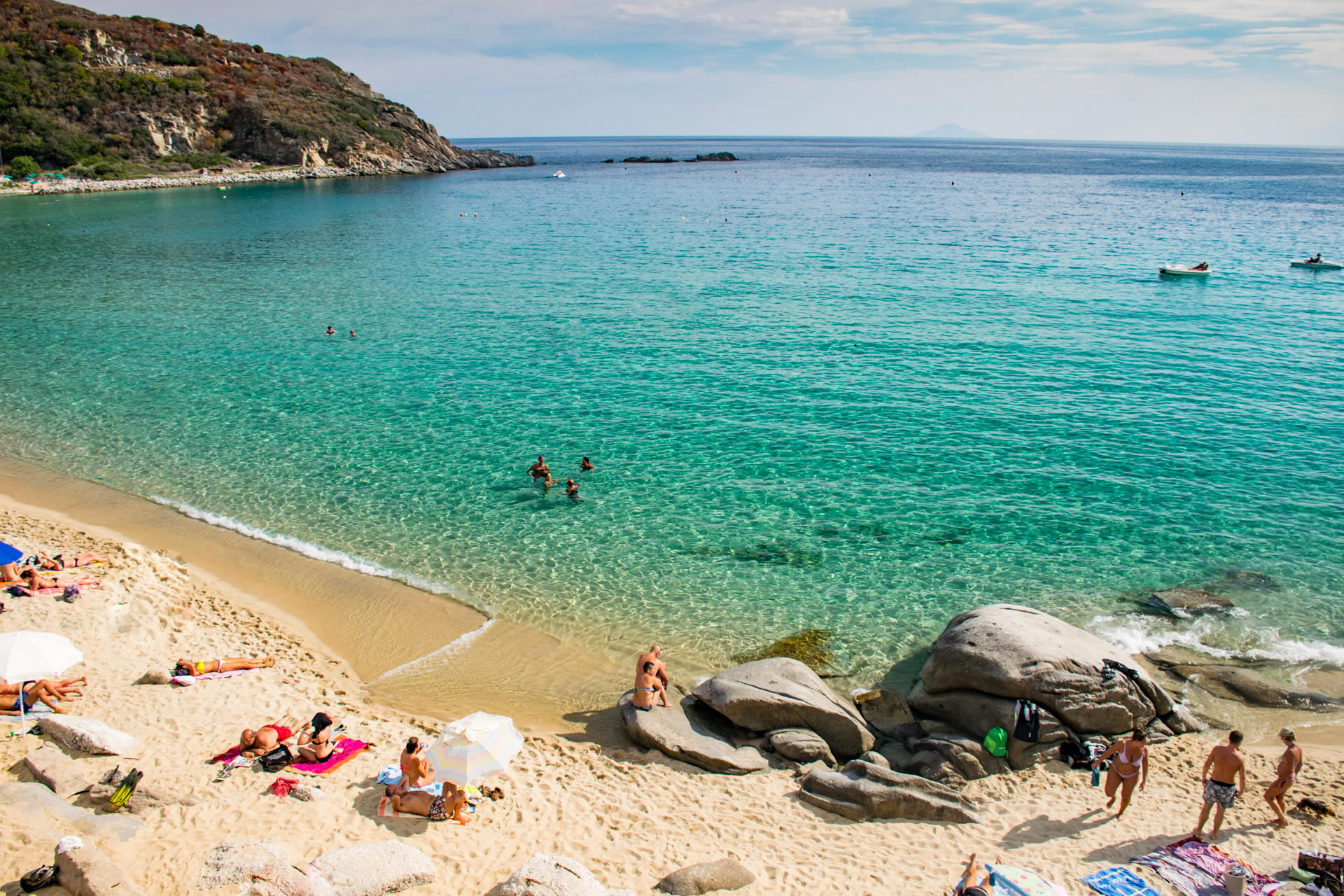 First occupied by the Ligurians, then by the Etruscans from Populonia, who used the iron in their furnaces, and then by the Syracusans (453 b.C.), the island became a part of the Roman Empire (Ilva), and it was used as the naval base where the iron’s mining was intensified. At the time when it was a property of the Longobards dukes of the Tuscan Marca Marittima, the island was protected from the Saracens’ and Genoeses’ incursions from the Pisans, until following the battle of Meloria (1284), the island fell under the control of Genoa, which in 1309 finally ended up recognizing the supremacy of Pisa.

In 1399 the whole island was under the Principato of Piombino, controlled by the Appians (recognized by the emperor Massimiliano only in 1502). During the XVI century the island was attached several times by Turkish pirates who ravaged it, especially during the incursions lead by Khayr ad-Din, best known as the ‘Barbarossa’(1534). The island was then sold (1546) by Carlo V to Cosimo de’ Medici, duke of Florence, who, in order to protect the island from the Turks, increased the building of fortifications.

Contented between the Spanish and Hasburgic Burbons during the Spanish succession war, the island was occupied by the English (1796), and then by the French (1799), which after the peace treaty of Amiens (1802) became the owners. Napoleon’s place of retreat (from May 1814 to March 1815) before the end of his 100 days of exile, the island was united by the Vien’s treaty to the Tuscany dukedom, until 1860, when it was included in the Reign of Italy. On the island there are traces of the Neolithic era, ruins of Etruscan ovens for the fusion of metals, and several remains dating to the Roman era, amongst which the ruins of a big Roman villa situated in Località Le Grotte, 10 km from Portoferraio.